aniRAGE
I’ve seen an influx of Sailor Scouts at conventions as of late. I”m not sure if it’s due to the upcoming re-release of the series or something else, but it’s re-ignited that debate: whose is your favorite scout and why? That’s a really hard question to answer, personally. While plenty of people have their easy favorites, as of late I’ve had a really hard time pinpointing one down. In the past I’ve had my favorites, my least favorites, etc, but over the years, that’s changed. So in this article, I will go down my favorites, from first-favorite and on, and examine why they caught my eye. Now remember, these are just my personal memories of each character, I’m sure others will have a difference of opinion.
Sailor Venus: 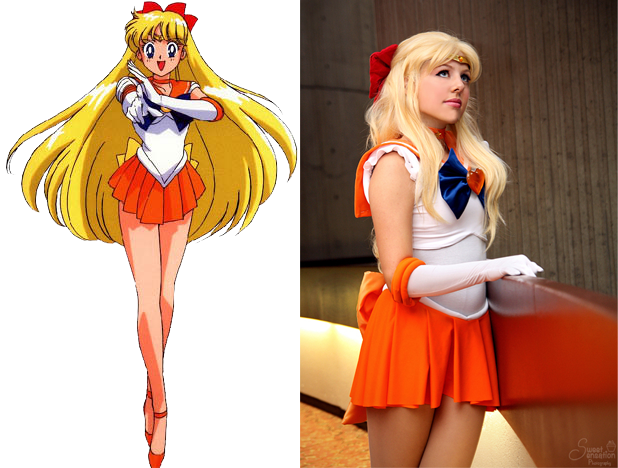 When I first started watching the show, the first one to jump out at my and gain my attention, in terms of “oooh I like her” was Sailor Venus. Venus has that “model” quality to her, which makes sense with how her character was. I also think I had a bit of a thing for blondes at the time, as a lot of my favorite characters had long, blond hair (as far as females went). But despite that “model” look, she seemed like a very down to earth character. She didn’t have that snooty preppy personality, she felt like a girl you could talk to and relate to. She was kind, caring, and selfless, and of course very cute. She was the first scout I had that “connection” to, and went “Her. I like her!” While she has lost that “top spot” as my favorite, I can’t say that I dislike her these days, cause you never forget your first.
Sailor Mars: 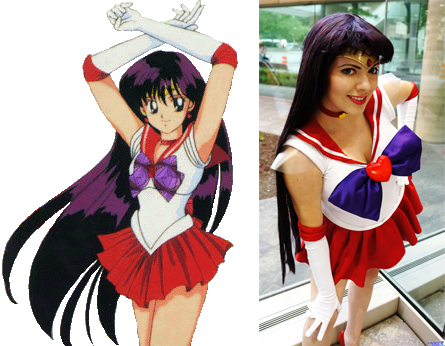 I’m not quite sure what it was about Mars that first attracted me to her. I think I was going through a long, straight hair phase. There was something about her fierce, devil-may-care attitude. She was a bit more selfish and a bit more “look out for number one” than Venus, and she had that fiery personality that went along with her element. That tough exterior and icy heart were just asking to be melted, and I wanted to be the guy that showed her that while fire could burn, it could also warm the heart. 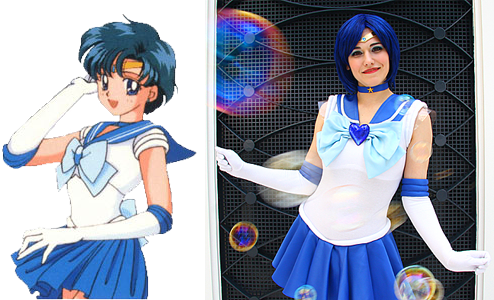 For the longest time, Mercury was my least-favorite. I didn’t like her shy, quiet personality, especially when compared to many of the other boisterous personalities that the other sailor scouts had. But soon I started really liking that quiet, calm nature that she had. She was an intellectual, a characteristic that gets much more appreciated as you mature. While she wasn’t as “stunning” or “gorgeous” as the others, she was definitely cute, and could definitely have that “sexy librarian” look that is so appealing. Mercury definitely grew on me. 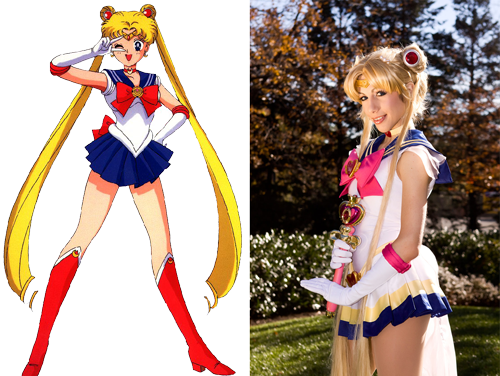 I’ll admit, for the longest time, I hated Sailor Moon. She was selfish, annoying, loud…no thanks. Now, here’s where I admit, it wasn’t really the character that flipped that switch. Sure, I grew to not be so annoyed by her, but that wasn’t what did it. What was it? Cosplayers. That’s right, cosplayers. For some reason, I saw so many awesome Sailor Moon cosplayers, and my heart melted. All of a sudden, I found myself liking the character more and more. So you can thank your favorite Sailor Moon cosplayers for turning me to the moon side. 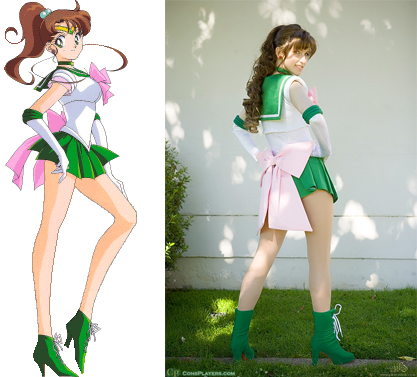 I’m not sure why it took me so long to come around to Sailor Jupiter. Maybe it’s because, compared to the other characters, with their outlandish hairstyles, zany personalities, or fiery personalities, she is very plain. But that ended up being the very thing that drew me to her. She has that “girl next door” look to her. A tomboy at heart, she’s the type of person who you’d have to hold back in a fight, if someone dissed you. She seems so fun-loving and energetic, the type you’d never have a dull moment with. In the end, the thing that makes her at first not stand out, is the very thing that makes her unique!

When I think of the Sailor Scouts, these are the main ones I think of. Having not read most of the series, and not seen the seasons that weren’t put up on toonami, I don’t have a lot of experience with the outer senshi and the stars. I don’t have a lot of opinions on Saturn and Pluto, other than both obviously being attractive. But that’s a given. However, I do have one final group I’d like to say a bit about.
Sailor Neptune
& Uranus: 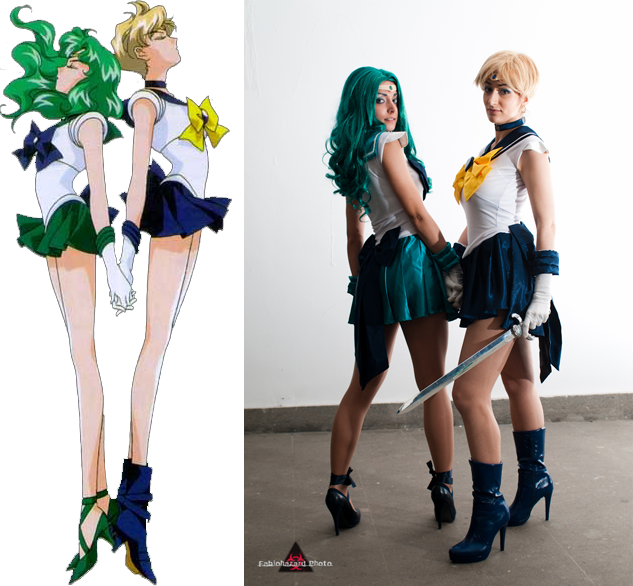 These two are often found in pairs, so I’ll talk about them in pairs. Of course the whole “lesbians” thing is insanely hot to any red blooded male, but individually they both have strengths. Neptune I’ve alwas found attractive, and I believe it has to do with her wavy blue hair. Maybe it just reminds me of Bulma (someone who I could write a whole seperate article about), but I always found her very attractive.

Uranus, on the other hand, never really stood out to me. However, like Sailor Moon, I saw a wide variety of very attractive cosplayers that quickly changed my mind. At first I thought that it was just because most of them were paired up with the already attractive Neptune, but after seeing them solo, I realized that the character, despite not fulfilling some of the tropes or stereotypes that I usually go for, was a very strong, attractive character. As a package they are awesome, but that doesn’t take away from their individual awesomeness.

So there you have it, my run-down on the Sailor Scouts. Each one has their strengths, their weaknesses, and their pluses and minuses. Each of those is going to persuade everyone differently. But to me, I just can’t choose. Can’t I just have them all?
-Zeke

Hey everybody, Zeke here. We had a great weekend at Shadocon 2012! After two amazing shows, we are all well tuckered out, especially myself, who caught a case of con crude.

But no matter! We are a week away from Thanksgiving and a month away from Holiday Matsuri and Christmas! Busy times, but we hope to have pics and videos up soon! So stay tuned!