Zeke Counts Down The Pokemon Generations

With the news of the latest generation of Pokemon games being set to release this year, Pokemon X & Y, this would be a great time to look back at the last 5 generations and rank them from my least favorite to most favorite. This is clearly a very opinionated and controversial topic, so I encourage a discussion of why you agree with me in your favorites, or why you are totally wrong in disagreeing when I snub your favorite!

A few caveats before I begin: I’m going to consider all 3 games of a generation as one unit: if there were issues in the first two games that was “solved” in a subsequent “third game” release, I’ll look past them (though I’ll try to still reference it). I’ll also look at remakes as part of their original generation, so FireRed and LeafGreen will be part of Gen 1, while HeartGold and SoulSilver will be lumped in with Gen 2, as opposed to 3 and 4, respectively.

With that out of the way, let’s begin! 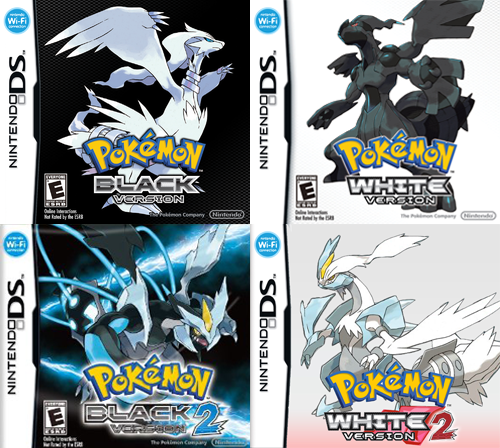 There were a great many things that were unique and fresh about Generation 5: triple battles, unique cities/zones in each game, the first ever “sequal game” to take place in the same region. When Black and White was first announced, I was very much encouraged by these prospects…but once I got the game I quickly began disfranchised by the whole experience. I don’t know if it was the fact that there were no old pokemon, forcing me to memorize a ton of different new pokemon, and I don’t have hours upon hours of school to waste looking up pokemon anymore. Perhaps it was the story just feeling less intense, with the PETA-esque bad guys being incredibly nonthreatening. I did like the designs of some of the pokemon…but I’m sorry, as plain as Voltorb and Muk were….garbage and ice cream? I’ve heard that Black 2 and White 2 are much better than the original Gen 5 games, and with the announcement of X & Y I’m tempted to go out and pick one up to give it another shot, but as far as Black and White go, I just didn’t like it.
Number 4: Generation 3 (Ruby, Sapphire, Emerald).
With Generation 2 having taken so long to come out after the originals, and Generation 3 even longer, I never got around to picking them up. Part of me wonders if I would have a fonder memory of this generation if I had played it back when it was first released. But I actually went back to these games after getting re-hooked onto the series with Diamond and Pearl. There was a lot of good in the game, but to me the one thing that ruined it for me was the pacing. It always felt like it was taking forever for the next part to arrive. The gyms were cool, the pokemon were sweet. I really liked Ruby and Sapphire (or May and Brendon, depending on how you refer to them). The story WAS really cool, but again, it just felt like it took sooooooo long to get from one point to another. I spent most of the time feeling bored, and that just took me out of the game. 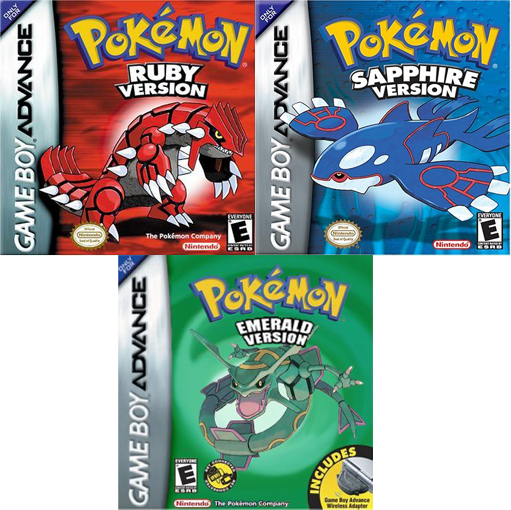 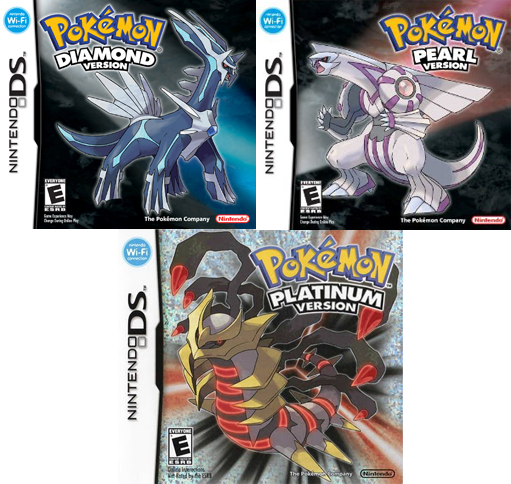 Generation 4 was the game that brought me back into Pokemon. I was part of the generation that said it was cool to like Pokemon in college, and I dove in full force. This is also one of the only generations where I’ve been able to own one of every release. I originally bought Diamond, and while I still have the case for it, the game cartridge itself went missing. Since a couple friends of mine had bought Diamond as well, I went with Pearl for round 2. And then I was quick to snatch up Platinum when it was released, which in my opinion is one of the best games in the whole series. There was a great mix of new and old Pokemon, a compelling story, and a great atmosphere. If not for the nostalgia factor helping out my #2 and #1 picks, this would probably rank higher.
Number 2: Generation 1 (Green, Red, Blue, Yellow, FireRed, LeafGreen).

Ah, the generation that started it all. This generation is the simplest, as it was the first, but it also has a charm in it’s simplicity. I know a lot of people look back at some of it’s battle mechanics as broken or unfair, but to me, with how casually me and my friends battled, it felt right to us. Most of my favorite Pokemon come from this generation, and I still have my Red and Blue cartridges at easy access for a bout of nostalgia. Yellow was an awesome variation too, with the ability to start off with Pikachu, and gain every starter (something no other generation has repeated, for whatever reason), but sadly I never owned it myself, but I often played it with friends. Generation 1 will go down in history as the games that started the craze, and the nostalgia will help maintain it’s greatness.

FireRed and LeafGreen were an answer to the inability for Generation 1 and 2 games to be traded to the GBA games. They are polished, improved versions of the original games, and they are just as fun as the firsts. I loved the extra areas they added onto the game, with the 1, 2, and 3 islands giving access to pokemon never available in Generations 1, as well as giving some fresh content to a game that was eight years old. As great as the games art, the classic nostalgia of the original Red and Blue make the a little bit better, but that doesn’t take away from how excellent these two remakes are. 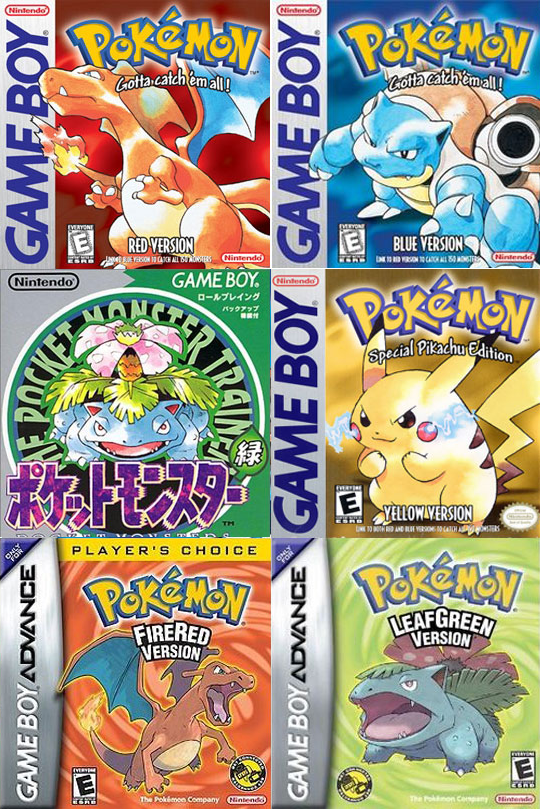 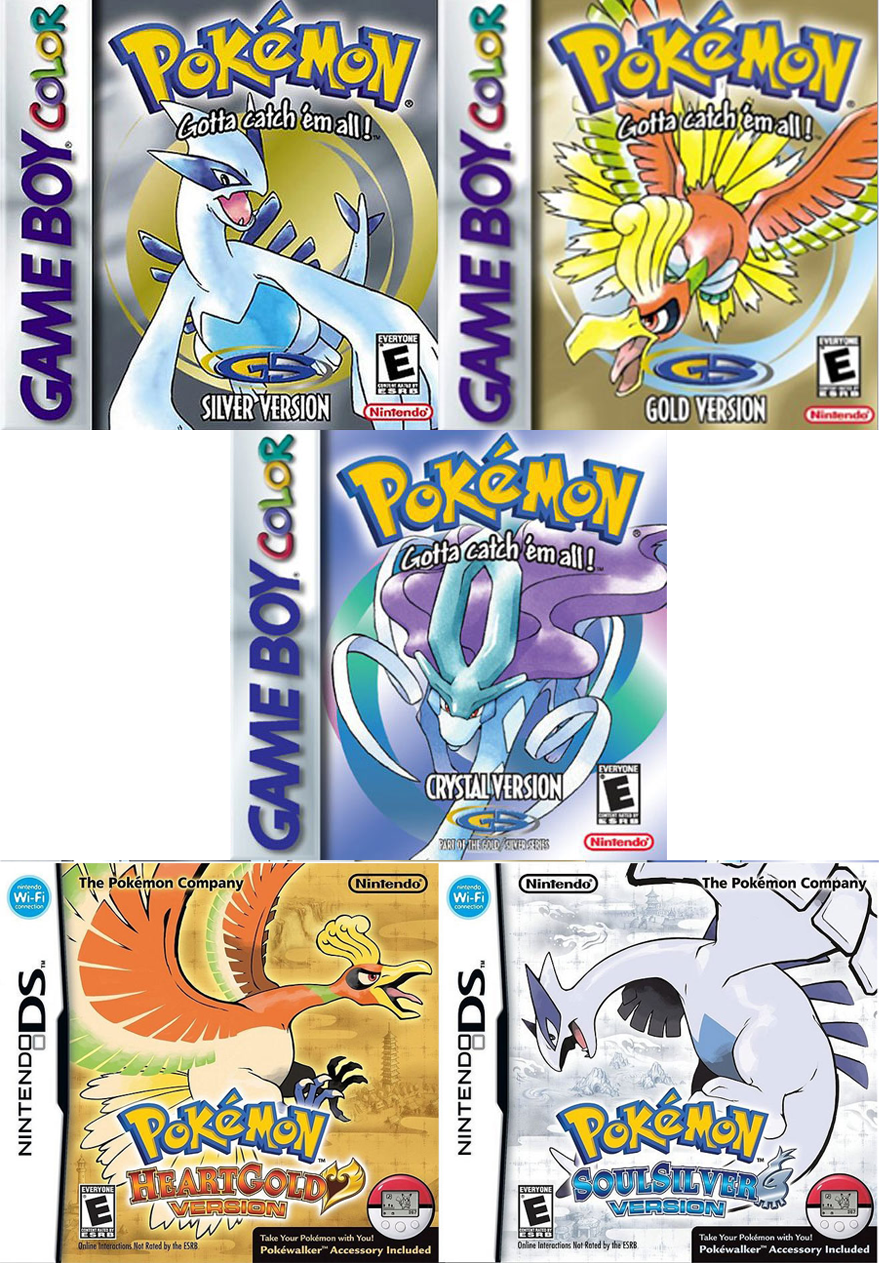 Released two years after the originals, Gold and Silver were sequels to the original Red and Blue. Unlike subsequent games in the series, Generation 2 were direct followups to the prior games, with connected story lines, and the yet-to-be-duplicated ability to travel to the prior region in addition to it’s home region. With 100 new Pokemon, a handful of new Legendaries, and a gripping story line, Pokemon Gold and Silver took everything Red and Blue did and improved upon it. The characters just seemed a bit “cooler” too. Crystal added the additional Color functionality of the new Gameboy Color, as well as added the first ever Female playable character. The increased interaction with the Unown gave a new angle to explore, and made the games even more of a “Gotta Catch Um All!” situation.

HeartGold and SoulSilver were hot on the players minds ever since FireRed and LeafGreen. I previously said that the nostalgia level of Red and Blue made them seem more fun, or at least “better” than their remakes, but HeartGold and SoulSilver are without a doubt my favorite games of the entire series. They took all the greatness of the originals, and added some awesome new features. The story line was just as compelling, the characters were improved, and the Pokemon, Gyms, and Elite Four were all given added toughness and repeat challenges, which just made you want to play more and more. Generation 2 includes my favorite games of the series, but even without that, is by far my favorite generation!

Well, that’s it! The Pokemon generations ranked from least favorite to most favorite! Do you agree or disagree? Tell me why! And tune in for more blogs, videos, and shows from aniRAGE!

One thought on “Zeke Counts Down The Pokemon Generations”